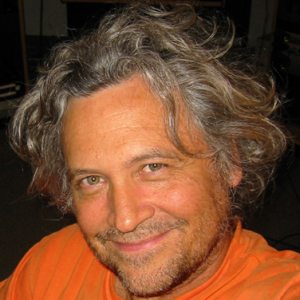 “Gary Hill is one of the most important contemporary artists
investigating the relationships between words, sounds and electronic
images. The video image with its essential component sound is explored
using different approaches of discourse analysis and models of language
as a semantic and semiotic system. The exact conceptual frame of his
works leads to precise formal image and sound structures as well as to
a complex circuit of mutual re-definitions: immaterial, futile systems
of displacement, fusion, detachments of constituents of meaning. His
inquiries into linguistics and consciousness offer resonant
philosophical and poetic insights, as he explores the formal
conjunctions of electronic visual and audio elements with the body and
the self.” [2]

“Exhibitions of his work have been presented at museums and institutions
worldwide, including solo exhibitions at the Fondation Cartier pour
l’art contemporain, Paris; San Francisco Museum of Modern Art; Centre
Georges Pompidou, Paris; Guggenheim Museum SoHo, New York; Museum für
Gegenwartskunst, Basel; Museu d’Art Contemporani, Barcelona; and
Kunstmuseum Wolfsburg, among others. Commissioned projects include
works for the Science Museum in London and the Seattle Central Public
Library in Seattle, Washington, and an installation and performance
work for the Coliseum and Temple of Venus and Rome in Italy.” [1]